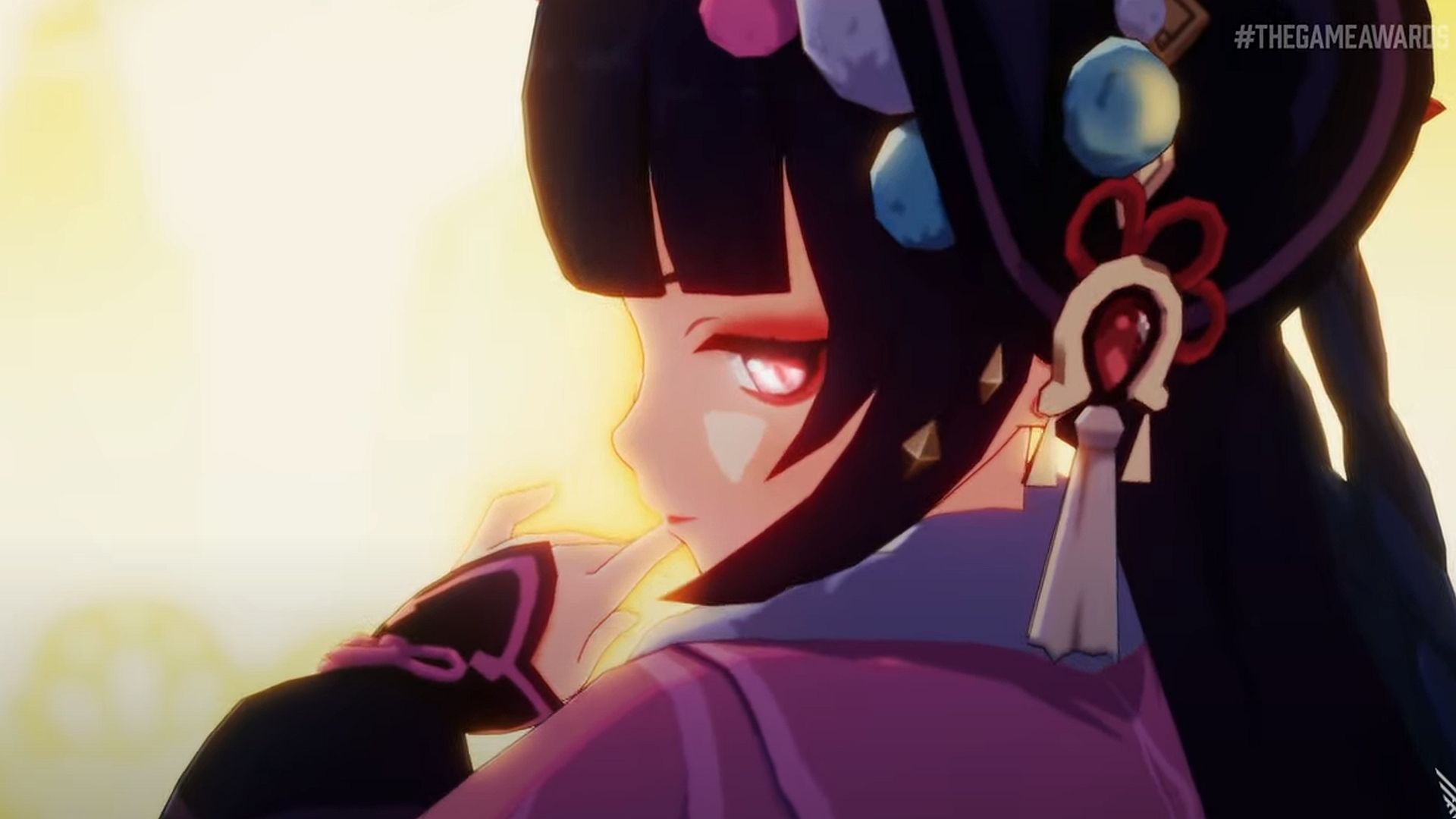 A few weeks back, Genshin Impact developer Mihoyo officially announced upcoming character Yun Jin on Twitter. While we don’t know exactly when she’ll hit the live game just yet, we do know she’s a geo polearm and the director of the Yun-Han Opera Troupe, making her a “famous figure in Liyue Harbor’s opera scene”. It seems Yun Jin could be coming up sometime soon, though, as the studio’s now given us a fresh – if very brief – look at her during this year’s The Game Awards.

As you can see at around the 2:44:10 mark in the clip from last night’s industry awards show below, Mihoyo has offered the first glimpse of upcoming character Yun Jin in action – well, sort of. This comes alongside some new looks at Itto and Gorou – new characters who are both now confirmed as coming on December 14 with the second banner phase of Genshin Impact’s 2.3 update. We see some shots of these new faces chattering with eachother, running about, and dishing out some of their signature attacks before the clip ends with a brief teaser of Yun Jin.

It’s not all that detailed a reveal, so don’t go expecting an ability showcase in the same vein as the others. Instead, we just see the character performing slow dance movements on a bright, stylised stage before turning to the camera with a hint of a smile.