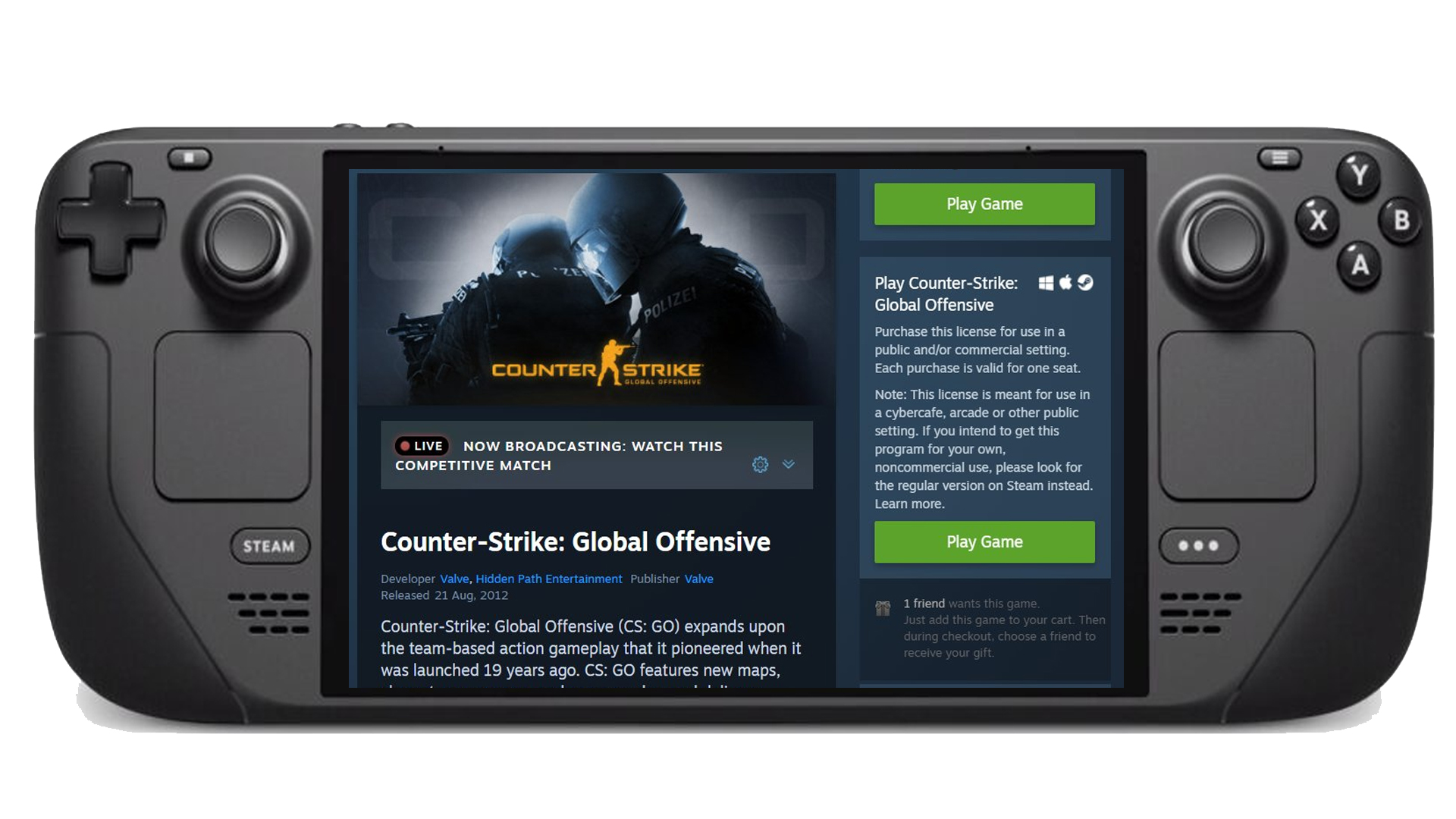 Valve’s Steam Deck handheld system releases later this year – at least, for those lucky enough to have pre-ordered very early – but one of the bigger question marks is how Steam itself will look and run on the console. Now we finally have an idea of how the Steam Store will look in the new “tablet mode” coming to Steam Deck.

We’ve long known that Steam’s Big Picture mode was getting replaced with whatever version of Steam would be running with the Steam Deck – even for those that don’t own the handheld – but Valve hasn’t really offered a good idea of how it’s actually going to look, or how users will interact with the Steam Store on the new UI.

Thanks to SteamDB creator Pavel Djundik we now have our first preview of how the store will look on the Steam Deck’s new UI – which Valve is apparently also calling “tablet mode”. The screenshots can be seen in Djundik’s tweet below, showing the Steam Deck’s version of pages for Counter-Strike, GTFO, the search page, and account details.