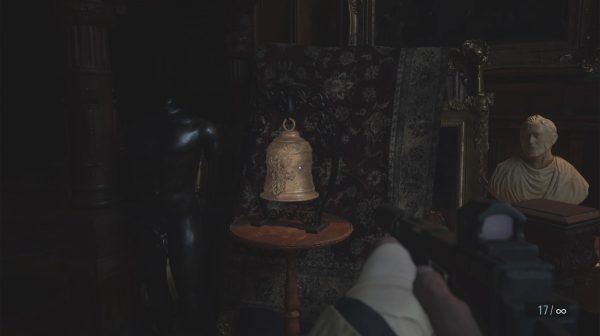 With two of the house’s dipteran damsels down, Resident Evil Village quickly throws another brain-teasing puzzle your way: ringing the five bells in the Atelier.

While the Atelier is one of the smaller rooms you’ll visit across your adventure, there are a surprising number of hiding places for the bells, and they’re very easy to miss.

Here’s where you need to look.

As you enter the Atelier through the strange carved door, you’ll see an unfinished painting in the middle of the room.

Attached to the easel is a message: “let the five bells of this chamber ring out”. 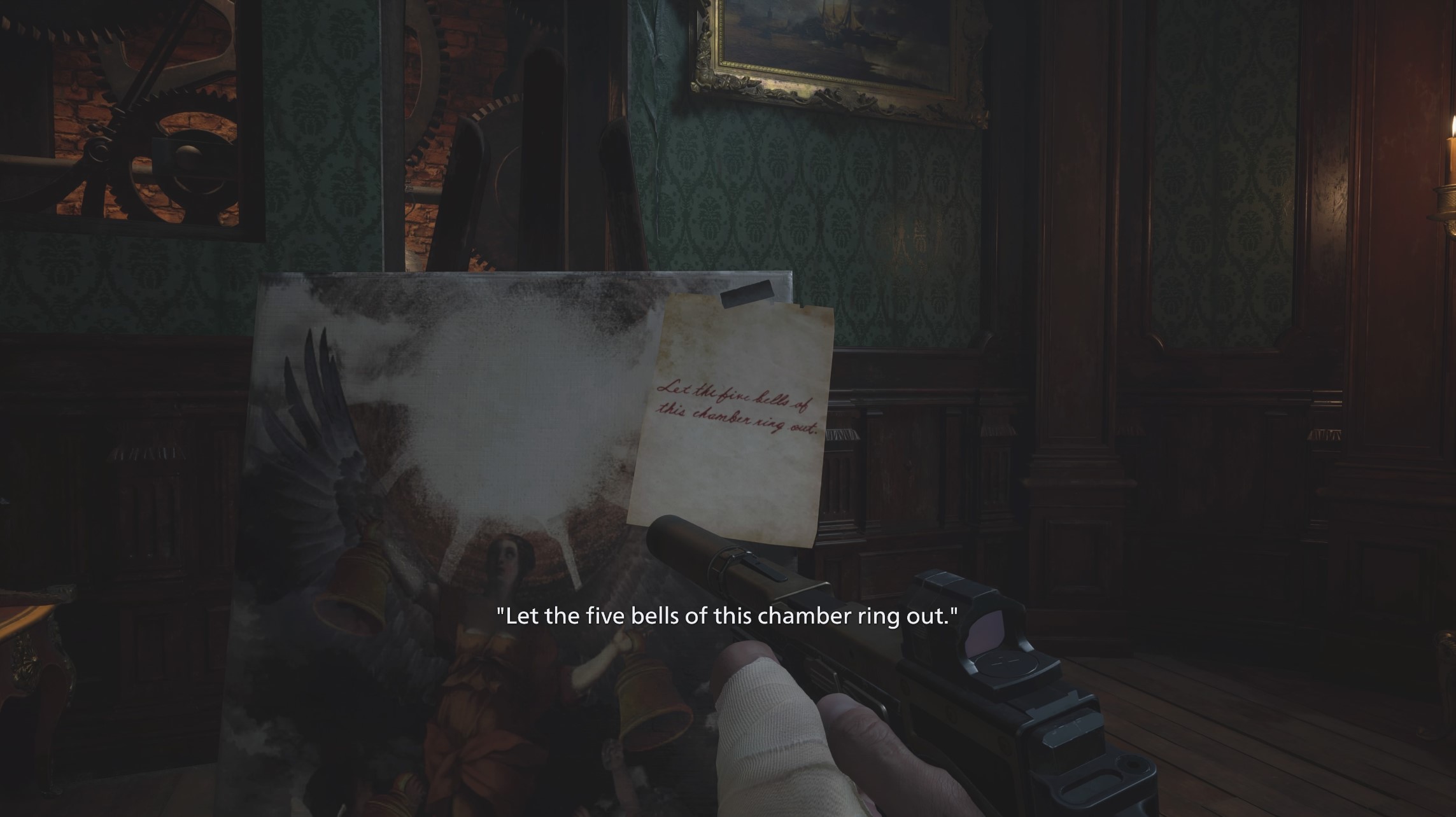 As the note says, to advance you have to ring the five bells hidden around the room.

The first bell is next to the painting on the shelf. 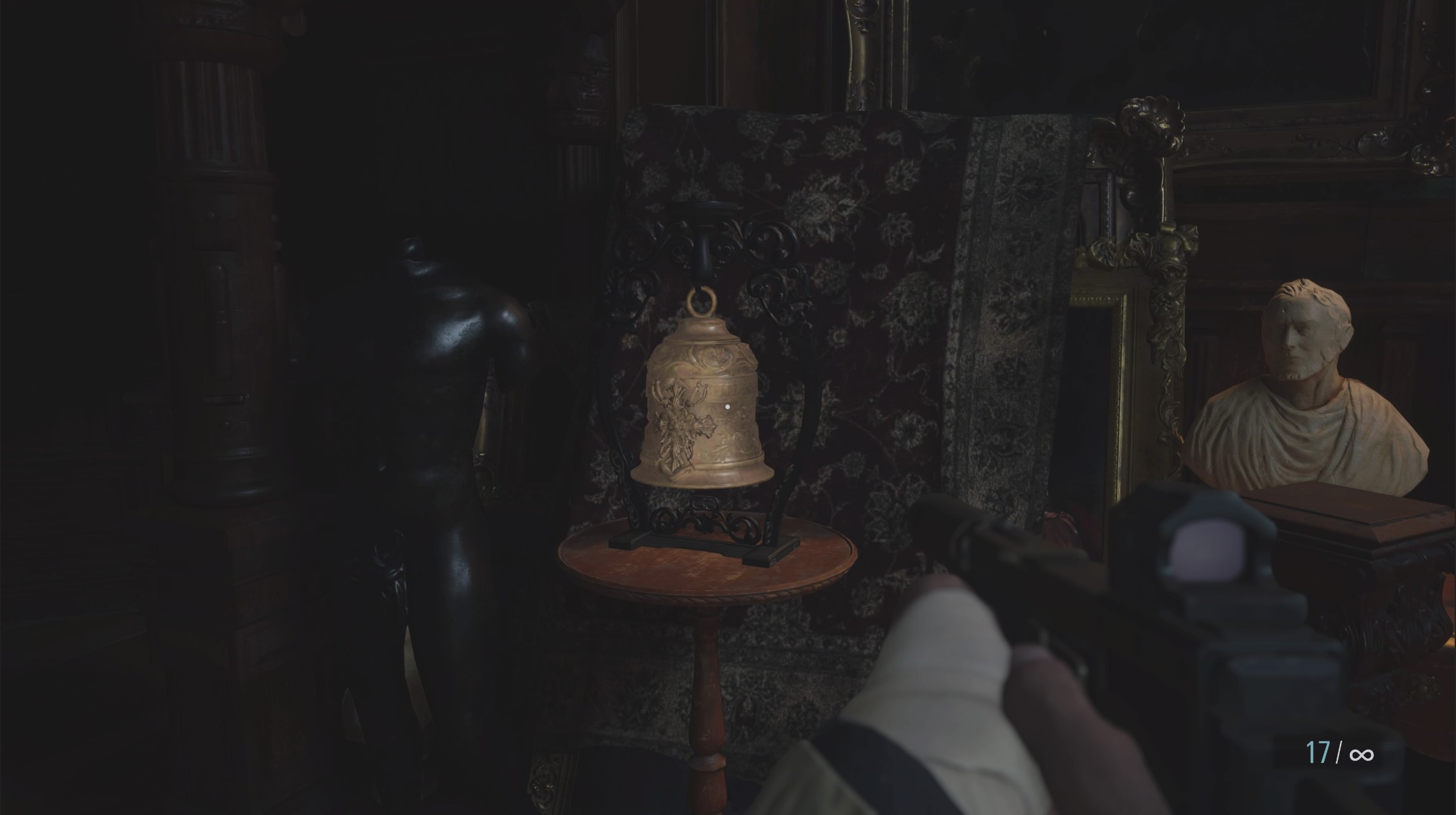 The second bell is behind you on top of the dresser. 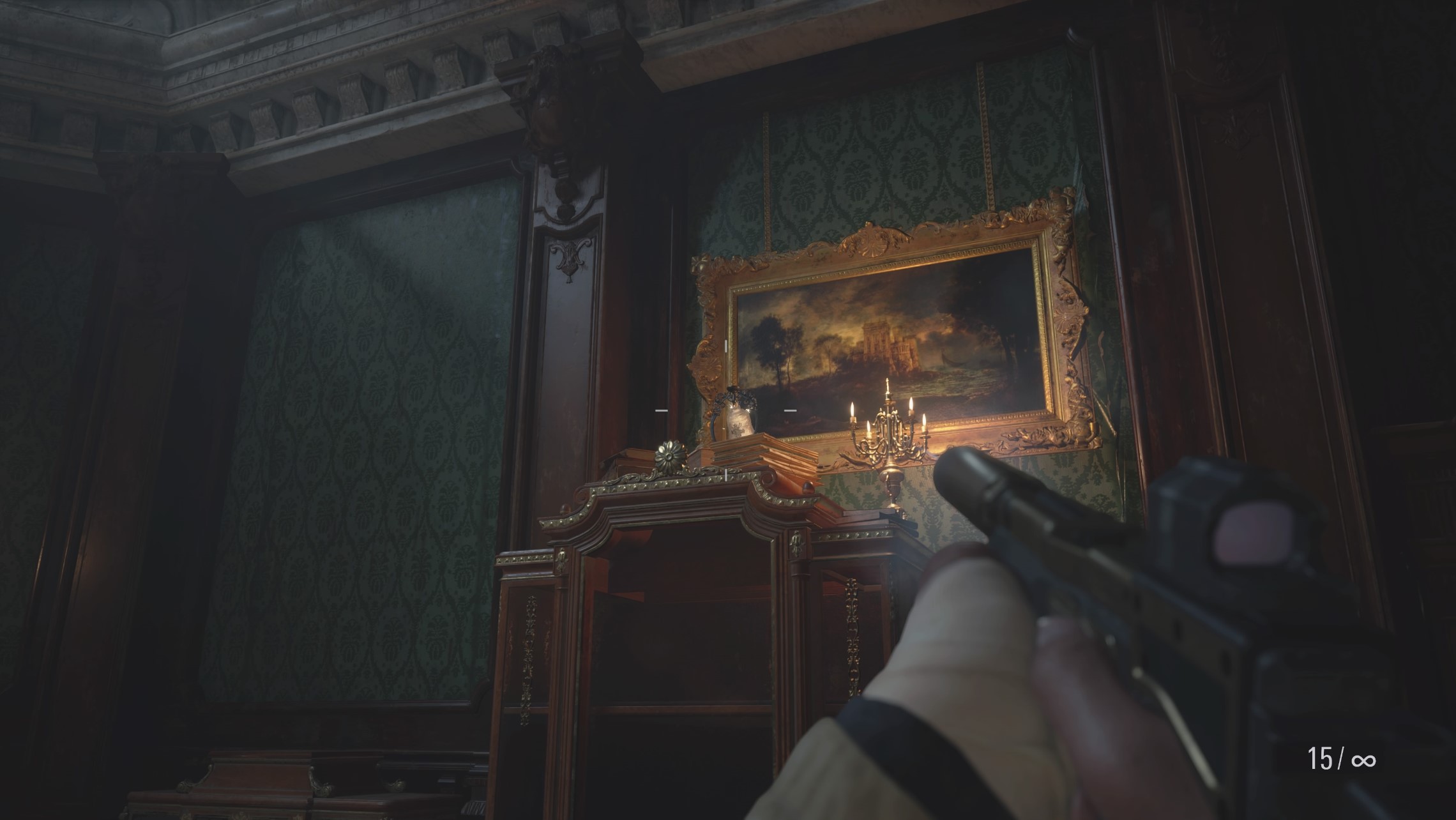 While the third bell is hidden in the clockwork wall. 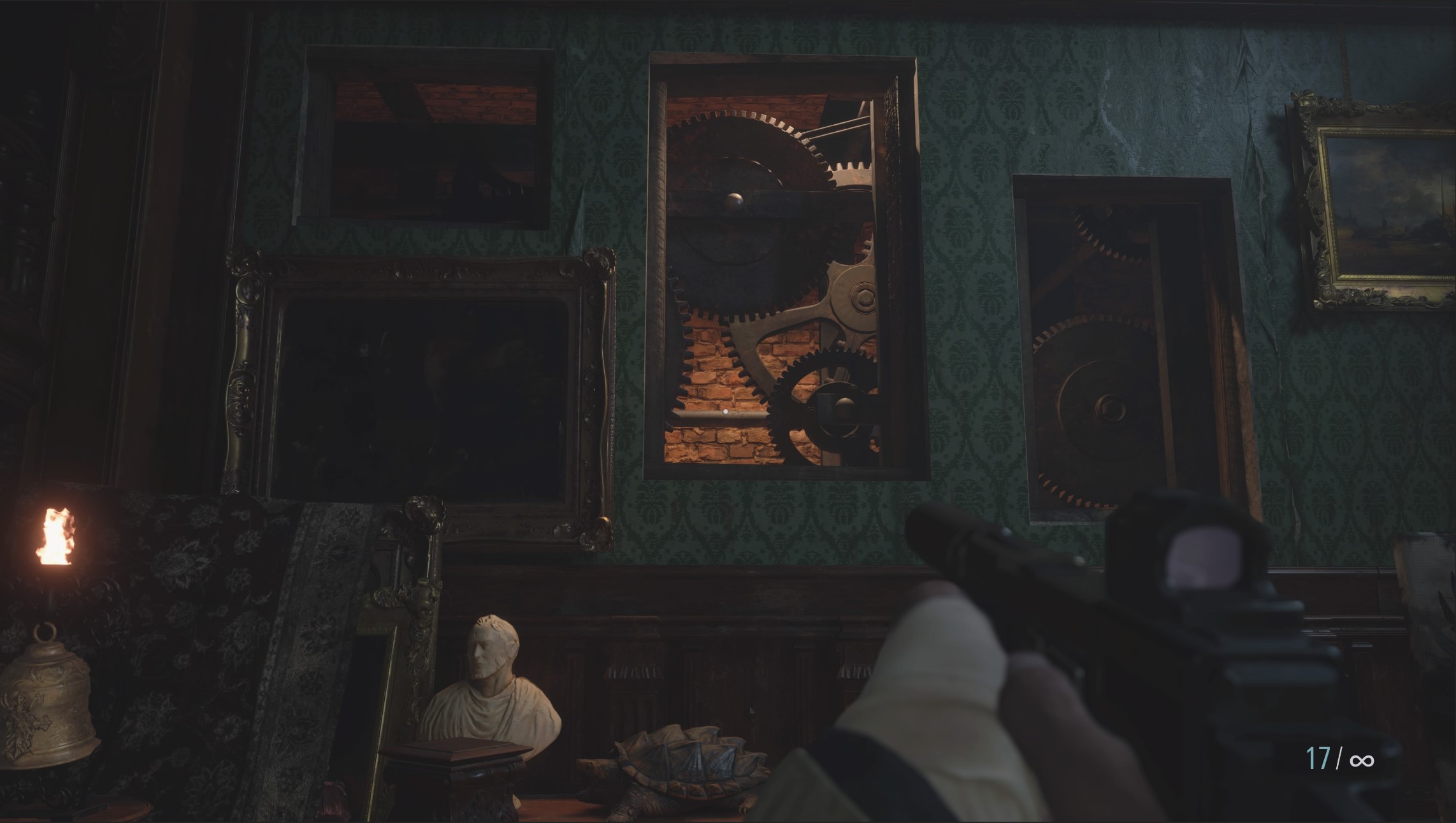 Next, climb the pulpit on the left-hand side of the room and another bell is seen outside the window. You need to shoot twice to break the window, then ring the bell. 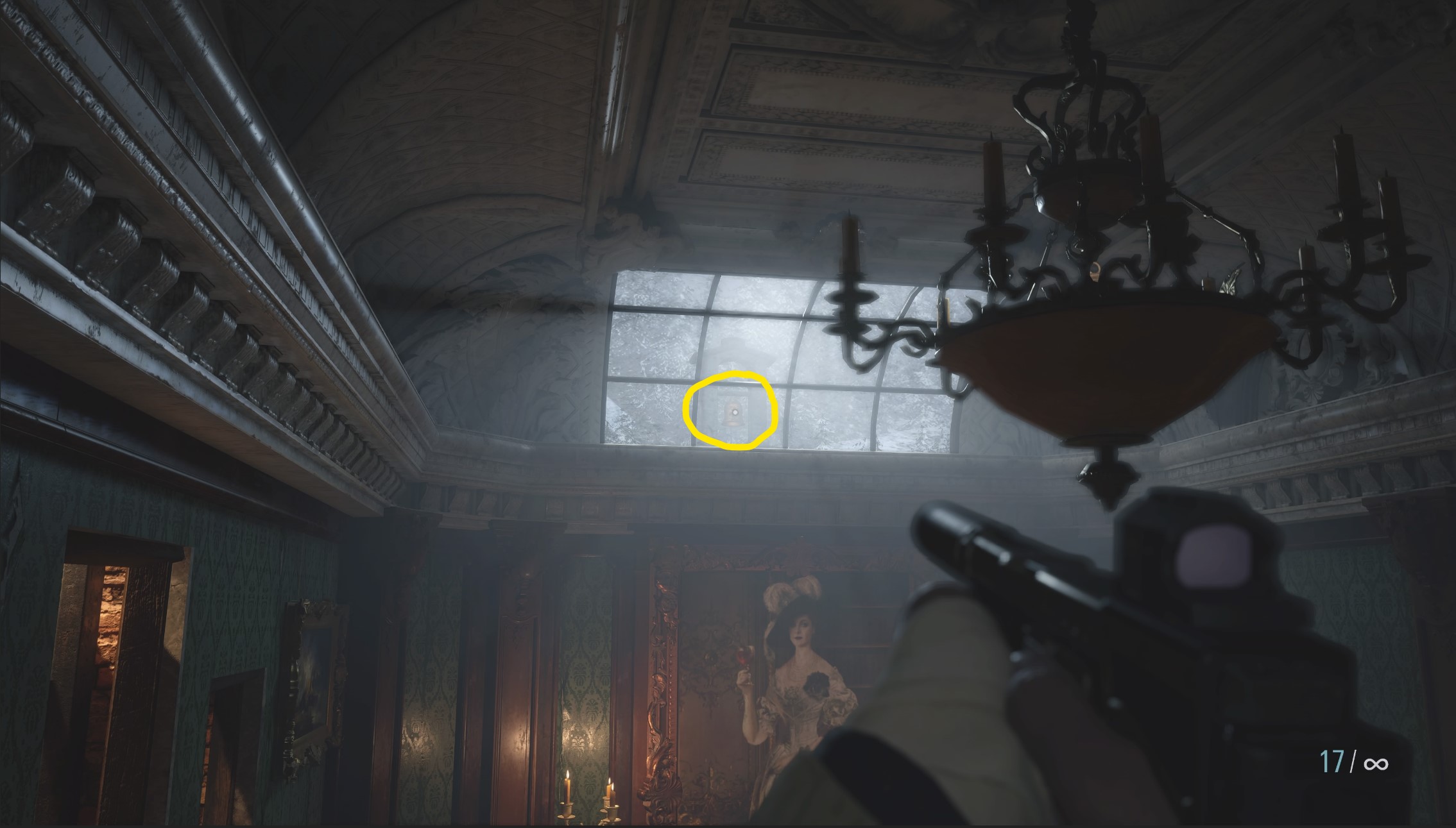 Finally, the last bell is hidden in the chandelier. Again, you might need to shoot the chandelier first to give you a clear shot at the bell. 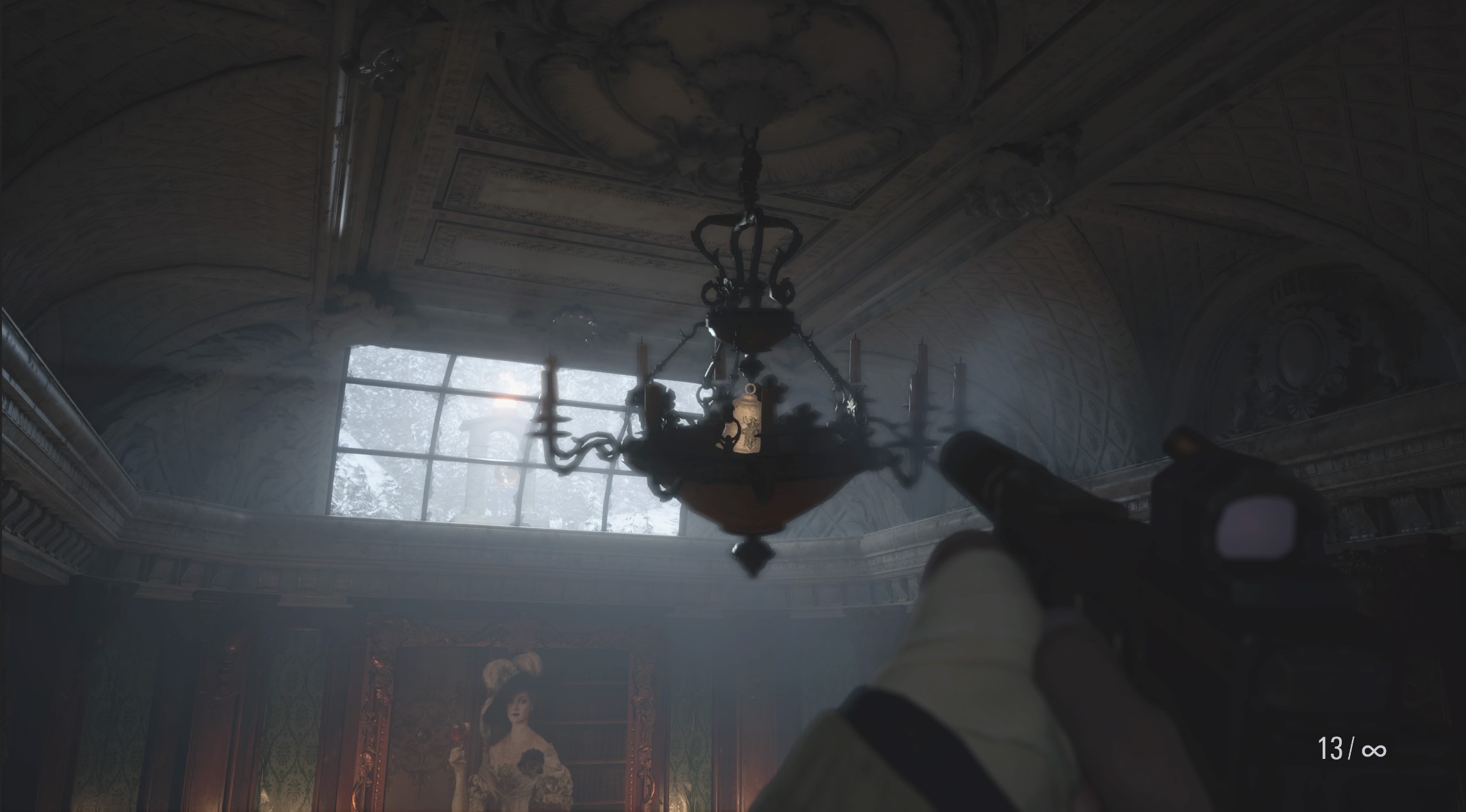 As they ring out, you can hear a mechanism which opens a secret room. Go inside, collect the herb immediately on your left, then nip around the corner and climb the ladder. 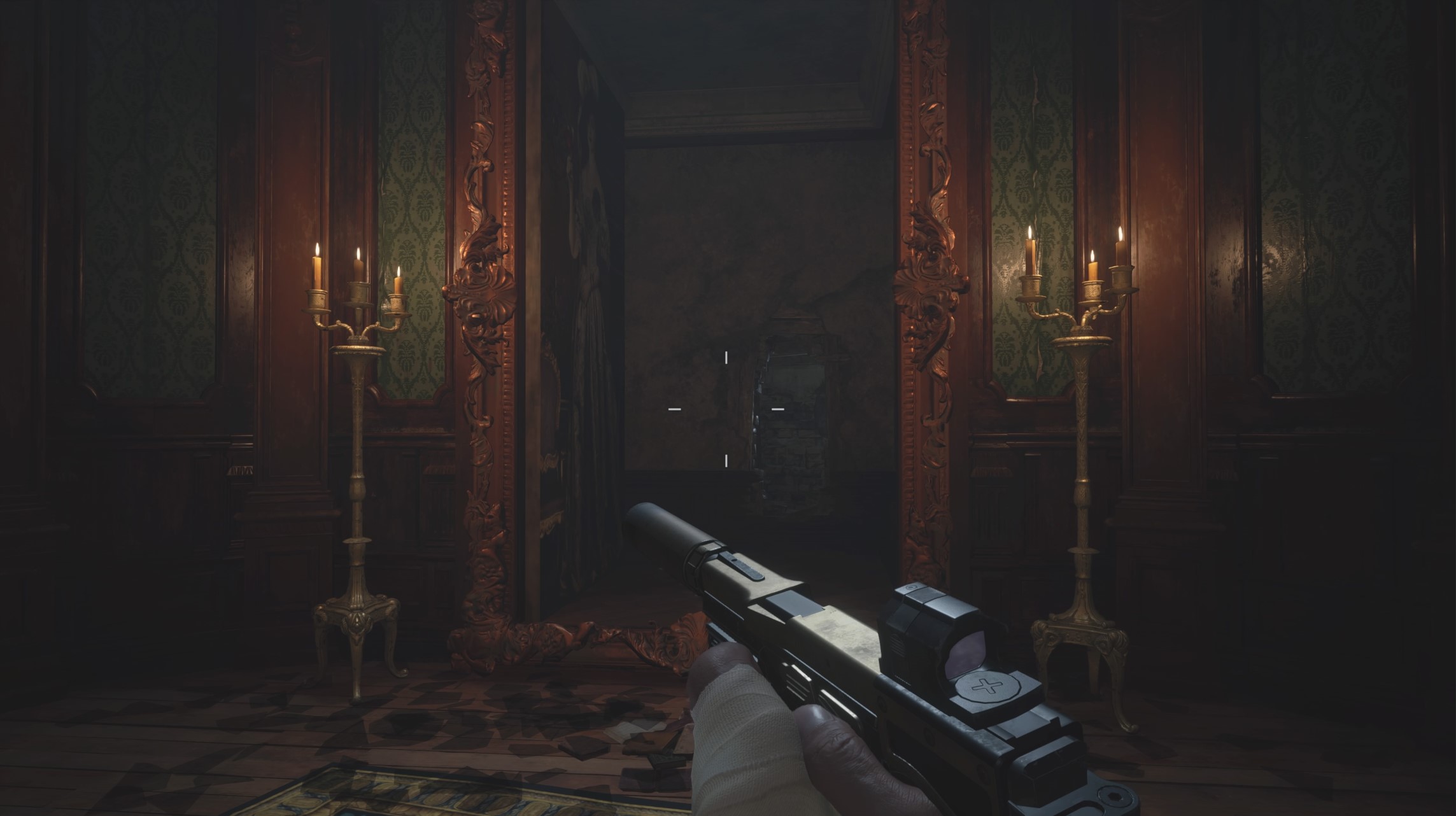 Up here in the attic, there’s a goat of warding behind you as you come up the ladder, and in the main room, there’s a tantalizing treasure map on the table. 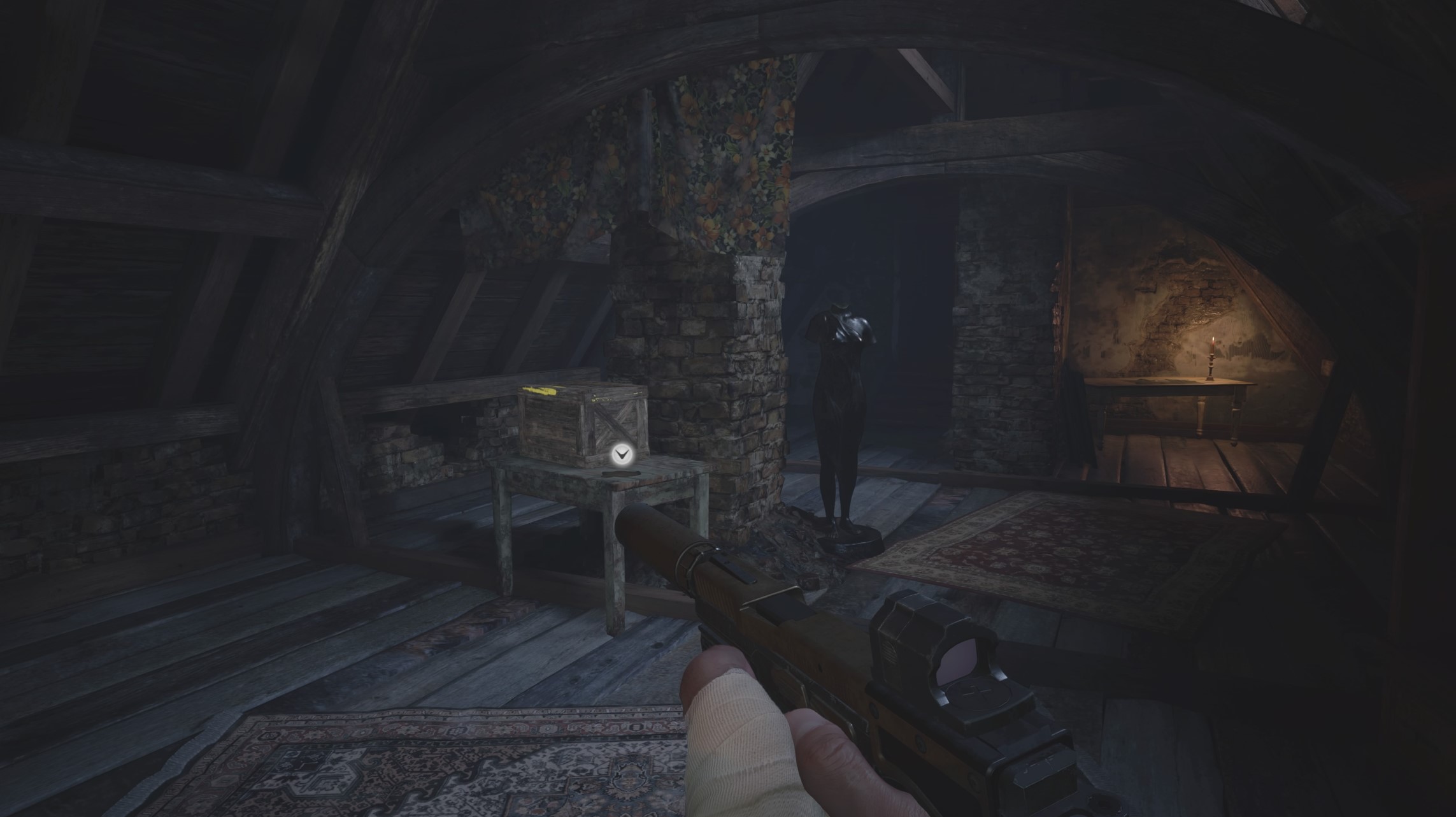 Double back on yourself and there’s a very suspicious ghoul laying ‘dead’ on the floor. Preemptively shoot them and they’re guarding a lockpick.

But in the back room of the attic is the real prize: a sniper rifle.

Past the sniper is a route out onto the roof, which you can either take on now or take a diversion to scoop the treasure. Both of which we’ll cover in the next part!

The post Resident Evil Village Bells | How to ring the bells in the Atelier appeared first on VG247.