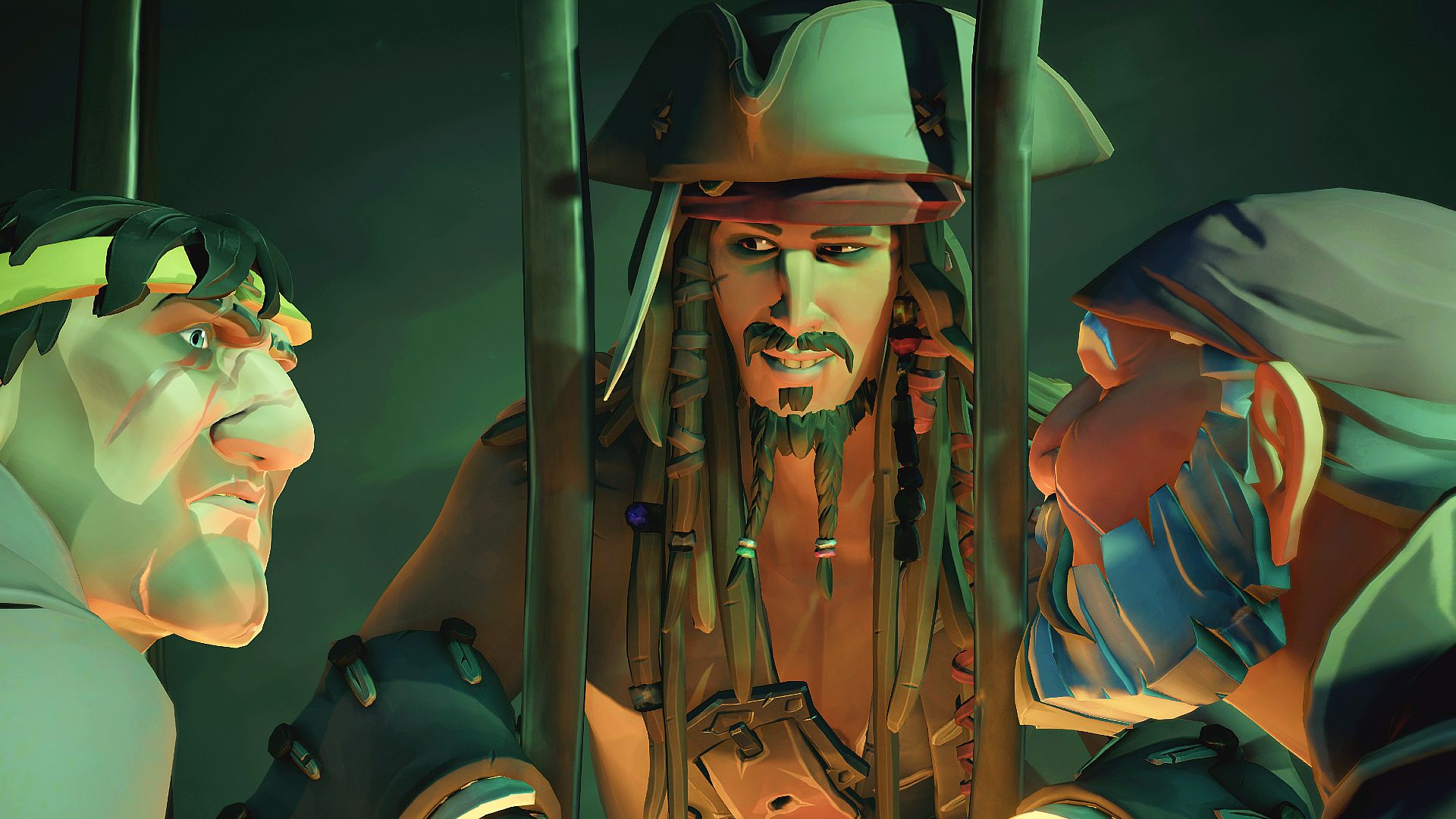 Crossovers aren’t really cool anymore. Pitting Rambo against John McClane or Batman against Master Chief is now old hat in videogames – and typically, these media crossovers feel like nothing so much as a means to sell you $20 skins of your childhood memories. So while Sea of Thieves and Pirates of the Caribbean are a natural fit for each other, there was a little skepticism in the back of my mind about what form Disney’s invasion of Rare’s pirate sandbox would take.

That’s why I was so pleasantly surprised when the developers led a recent preview session about Sea of Thieves: A Pirate’s Life by talking about the lore. See, the Sea of Thieves itself is meant to be a timeless realm where pirate adventure never went out of style – if you knew where to look, you’d be able to sail there right now. Jack Sparrow, as a fan of this whole ‘world where pirates have the freedom to do anything’ idea and the owner of magical implements which can find things which should not be found, has found his own way into the Sea of Thieves.

The pirates of the Sea of Thieves also get eternal life, thanks to the ghostly machinations of the Ferryman – you know, the spectral captain you meet whenever you’re waiting for the respawn timer to run out. That’s why Davy Jones shows up. As a collector of lost pirate souls, he doesn’t care for there being a place for buccaneers to enjoy unending lives full of adventure and loot. This collision of universes, the developers say, gives them a chance to explore the power of the pirate fantasy, and how concepts like ‘freedom’ define the mind of Jack Sparrow and the world of Sea of Thieves.