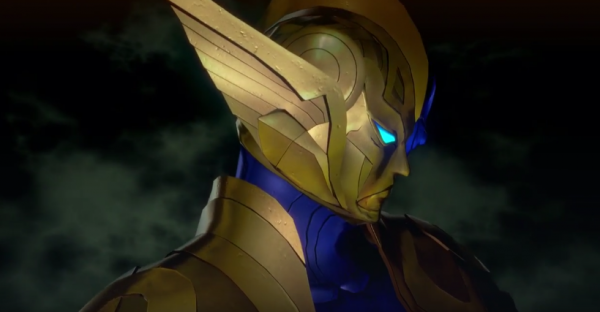 Shin Megami Tensei 5 release date and gameplay details have leaked, with new information suggesting that the game will be landing on Nintendo Switch later this year.

The Japanese website for the Nintendo Switch-exclusive RPG from Atlus apparently listed a November 11 release date for the fifth title in the highly-acclaimed cult franchise, before it was taken down (thanks, PersonaCentral).

Shin Megami Tensei 5 was announced back in January 2017, and we’ve heard precious little about the RPG since then. At least we know we’re getting an English translation of the game, though.

If you’re keen to know what the premise of this game is, a few vague pieces of information have been leaked by the website update, too.

Be warned: if you’re waiting for the actual reveal of the game to learn more, you may not want to read on past here.

The game’s main character is a high school student that manages to find a path to another world called “Da’at” before fusing with a God-like entity to become a forbidden entity known as “Nahobino”.

“Da’at is an uncivilised land where powerful demons will attack you,” says a translation courtesy of Gematsu.

“The protagonist is in pursuit of the truth and will pave the way forward. Utilise various means to move forward, including developing the power of the Nahobino, and sometimes even employing the powers of evil.”

Anyone familiar with the Shin Megami Tensei games will know that a large portion of the game is dedicated towards shaping the world and aligning with the forces of good and evil, order and chaos. It seems the newest entry in the series will live up to these tropes, too.

“The end of the game will diverge in many ways. What future awaits the decisions you make…?” reads the description.

It’s expected we’ll hear more about the game proper at Nintendo’s E3 2021 Direct. If you want to learn more about this year’s E3 in general, take a look at our full E3 2021 schedule.