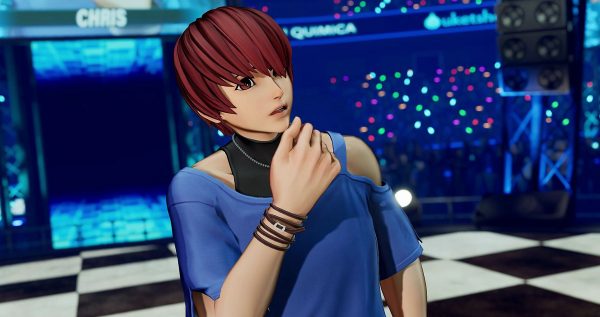 Chris has been announced as the latest character to join The King of Fighters roster.

The King of Fighters 15’s roster has expanded with Chris who is part of team Orochi Team.

In charge of vocals for the band CYS, he and his bandmates Shermie and Yashiro is also a member of the Four Heavenly Kings of Orochi.

Although he has no experience in martial arts, he overwhelms his opponent with attacks that take advantage of his lightness and speed. At first glance, he is a polite and humble boy, but he also has a smile like an angel and spits poison.

We’ve previously seen Yashiro Nanakase, who is the guitar player for CYS, and who is really interested in a mysterious monster and is also the nemesis of the three sacred treasures.

Shermie is not only a keyboard player for the band but also a fashion designer. Her true nature is the same as Yashiro and Chris, as she herself is a member of the Four Heavenly Kings of Orochi. She incorporates her love for pro wrestling into her attacks, where she relies on her flexibility to toss her opponents around.

The King of Fighters 15 was announced back in August 2019 and platforms are still to be announced.

The post The King of Fighters 15 shows off Chris in latest trailer appeared first on VG247.