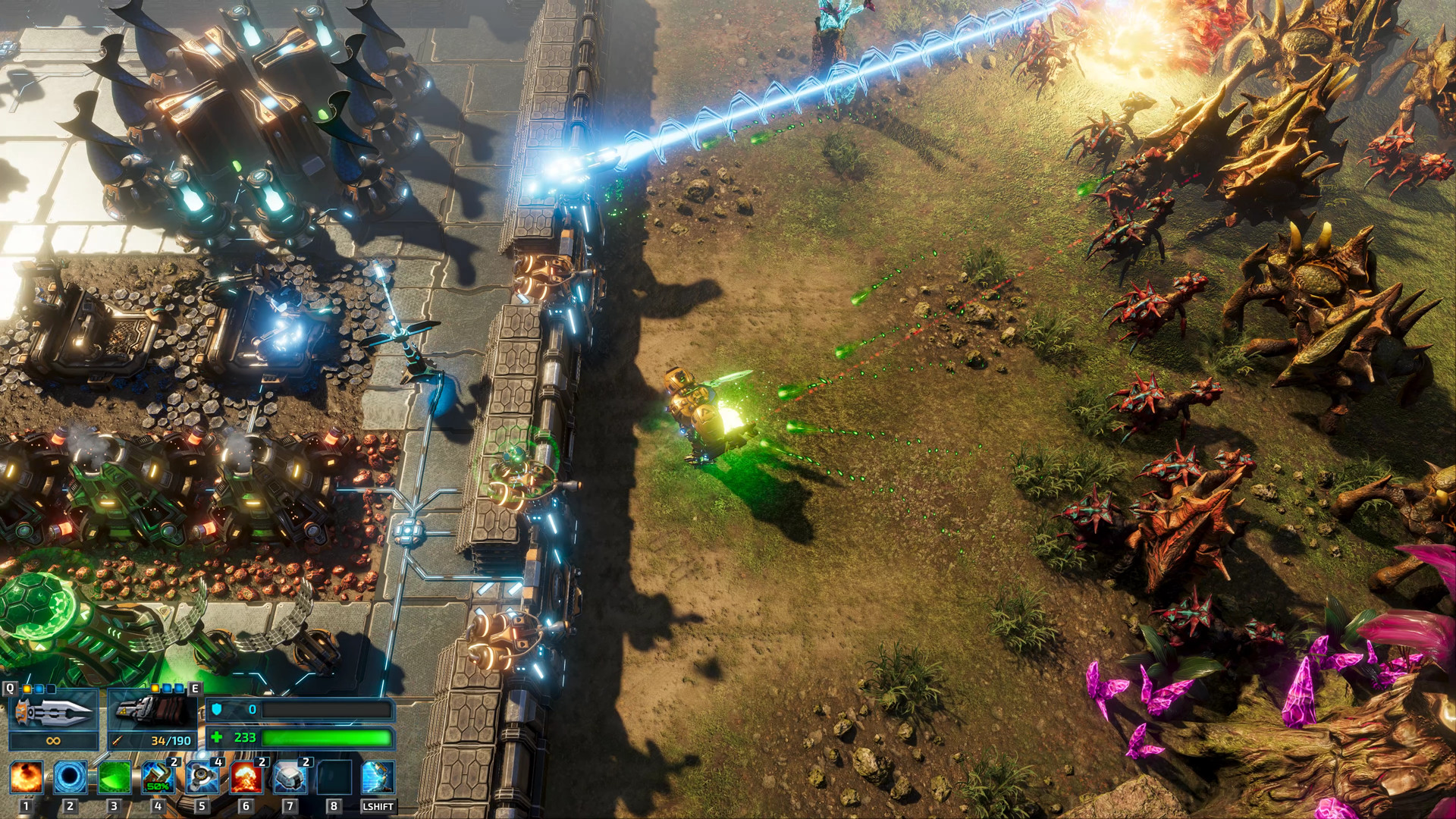 The Riftbreaker is pulling from some winning formulas, taking the survival RTS mechanics of They Are Billions or Conan Unconquered and giving you a Diablo-style ARPG to play in the middle of it. But that doesn’t make its execution on that combo any less impressive, and the newly-released game is starting to burn up the Steam charts.

The Riftbreaker puts you in the role of a mech-piloting scientist-commando out to settle uncharted worlds. You’ll build bases to collect resources, and then defend those bases against massive hordes of enemies, using a combination of defensive buildings and your own weapons. It made our list of indie games to watch in October, and now that it’s out it’s quickly finding a fanbase.

The game has been quickly growing in popularity since launching on Steam on October 14. It reached a peak concurrent player record of 21,741 earlier today, as SteamDB shows, putting it near Steam’s top 50 for the day. User reviews are currently sitting at a 91% ‘very positive’ rating. There’s also a free demo available on the Steam store page, if you want to try before you buy.